The Hallmarks of Masculinity 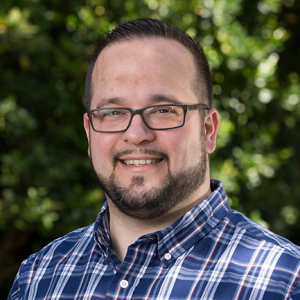 Brandon is a graduate of Ave Maria University with a degree in theology. He serves as a full-time web administrator, is creative lead for the Better Man Challenge, and freelances as a web designer. Brandon lives in Jacksonville, Florida, with his wife, Katie, and their 3 children.

Over the years I have read numerous articles and blogs on the topic of masculinity, but have seldom found a satisfactory response to the question: What is masculinity? We hear plenty from the media about it’s brother-vice (“toxic masculinity”) and the often televised condescending portrayal of the buffoon of a husband engaging in childish behavior while the apparently more rational, eye-rolling wife shakes her head in disbelief in the foreground. However, we never hear much about what being a man actually entails. So, what does it mean to be a man, and by what standard do we judge the state of masculinity?

Scrolling through my Facebook feed one afternoon I happened across a quote by the late Venerable Fulton J. Sheen, which penetrated my heart like a bunker missile sent to dispel any doubts I may have previously held about being a man. In the quote Sheen says “Suffering and responsibility are the hallmarks of masculinity.” While I can wrap my head around responsibility as an important characteristic of being a man, I never thought of suffering as an attribute of masculinity. Of all the qualities that could possibly define masculinity why specifically suffering and responsibility? To find my answer I had to go back to the beginning – the beginning – as in Genesis (3:17-19). In this passage of Genesis we pick up after the fall of Adam:

Then to Adam [God] said, “Because you have listened to the voice of your wife, and have eaten from the tree about which I commanded you, saying, ‘You shall not eat from it’; Cursed is the ground because of you; In toil you will eat of it All the days of your life. Both thorns and thistles it shall grow for you; And you will eat the plants of the field; By the sweat of your face You will eat bread, Till you return to the ground, Because from it you were taken; For you are dust, and to dust you shall return.

Here we witness the fate of fallen man, consigned to live outside the garden, as he must now earn his keep by the sweat of his brow, toiling day and night with little to show for his efforts. In other words, his life is a constant reminder of the challenging and painful nature he must now embrace, remaining accountable to his work not only to survive but also to provide for his wife. Providing for his wife doesn’t sound like a bad deal, as any industrious gentleman would kindly oblige, but the point is that the fulfillment of his duty requires not simply labor but suffering in ways that will shake him to his core in every way.

Turning a few pages back in the narrative (3:12), after God finds Adam in hiding and learns of his wrongdoing, we witness an interesting dialogue as God calls Adam to task and demands a reason for disobeying his command, to which Adam responds without hesitation: “The woman whom You gave to be with me, she gave me from the tree, and I ate.” These words are clearly not of a man filled with love, humility or concern, but rather of a man filled with guilt, fear and shame – one unwilling to take responsibility for his actions, the consequences of which usher in a painful existence he is afraid to endure. Adam is helplessly trying to preserve what little integrity he has left while pushing his failure upon Eve whom God has entrusted to his care.

Reflecting on these scenes from Genesis we can see a little more clearly why Sheen emphasizes suffering and responsibility as key attributes of a real man, because they point us directly to the model and author of authentic masculinity, Jesus Christ. While the old Adam earned his keep and ate his bread by the sweat of his brow, yielding thorns and thistles, we see Jesus – the new Adam – whose brow dripping with sweat and blood is crowned with thorns, yet whose labor and suffering yields the fruit of our salvation. Unlike the old Adam who pushes the blame of his failure on another, Jesus lovingly embraces his trial and surrenders all to the will of his Father, shouldering the guilt and shame of all and putting it to death on the Cross. Likewise, when we consider Jesus’ agony in the garden we not only see the antithesis of the old Adam, but witness the spiritual and physical struggles of a man consumed with conviction and an intense focus on mission. Above all Jesus demonstrates for us that man is ordered for struggle, to do violence and contest against the spirits of the world, the flesh and the devil. Like Jesus, man is to be the warrior and priest of his home, willing to lay down his life, to offer his body and even his blood for the good of those in his care. Like any good general, he is the first one on the battlefield and the last one to leave. Jesus not only gives life a whole new meaning by his example, but demonstrates how the hallmarks of masculinity as Sheen defines (suffering and responsibility) only possess meaning if fused together by a love which seeks the good and well-being of another.

“To fall in love means to fall into something,” Sheen says, “and that something is responsibility.” For Sheen, love is the linchpin that binds suffering and responsibility, and is the driving force of all that is considered authentically masculine, let alone Christian. Without love suffering has no meaning and therefore demands no moral response. Does this mean suffering always has to bear the appearance of an abysmal state of hardship and despair in order to earn the “manly” stamp of approval? Of course not! But it does mean, as Our Lord said to his disciples, that “if any man will come after me, let him deny himself, and take up his cross, and follow me” (Matthew 16:24). The denial of oneself in order to fulfill our obligation in charity to family or neighbor is often the greatest struggle we must overcome. Performing small acts with great love, as St. Thérèse the Little Flower suggests, is the surest way to overcoming the self-imposed suffering of our own spiritual poverty. Through the wisdom of Sheen’s words we discover not only the meaning of authentic masculinity but also our lives, as man “cannot fully find himself except through a sincere gift of himself” (Gaudium et Spes, 24).

Together lets do our best to live each day in conformity with these sacred attributes of masculinity. To do so, lets first agree that we must stop making excuses for past failures and own them. Secondly, let’s commit to take time each day to reflect on what we’ve done poorly and humbly ask the Lord for the grace to embrace our sacred duties as men, husbands, and fathers, so that we may better reflect the One in whose image we have been created and in the end attain the crown glory.

How our joy and well-being can help others

The greatest gift we have to give is our time

Getting to the root of your troubles